So in Mexico and other Latin American countries, this is the sign for No Parking.

This sign is even more strict, the car will be towed away. La grúa is the tow truck.

In French, they also use the same word.

The following sign is the STOP sign. In Mexico, the military command ALTO which comes from HALT in German is used  In other countries they use PARE, a command form of parar which means to stop. In Spain they have the STOP sign, probably following European Union rules? Yes, alto also means tall, but this is a different word.

These turn signs are vuelta signs.

This sign in Mexico is for a traffic circle, which is called glorieta. La Glorieta de Colón would be a translation for Columbus Circle in New York City. Glorieta could have different meanings in other countries.

Glorieta comes from the French gloriette.

The action of passing a vehicle in Spanish is called rebasar. In this case this is prohibited.

This car instrument is called Claxon not only in Spanish but in several other languages. It could be spelled Klaxon, Klaxson, or Clacson in other countries. Klaxson is an old trademark for the horm device used in very old automobiles. In this case, the cláxon should not be used.

Tocar is the verb that means to touch something or to play a musical instrument.

This is the busy Glorieta del Ángel in Mexico City.

For more information you can visit this Wikipedia article in Spanish about traffic signs:

And also this article specific for Mexico:

Credits: Most images used in this article are from Wikipedia. 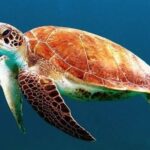 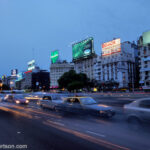