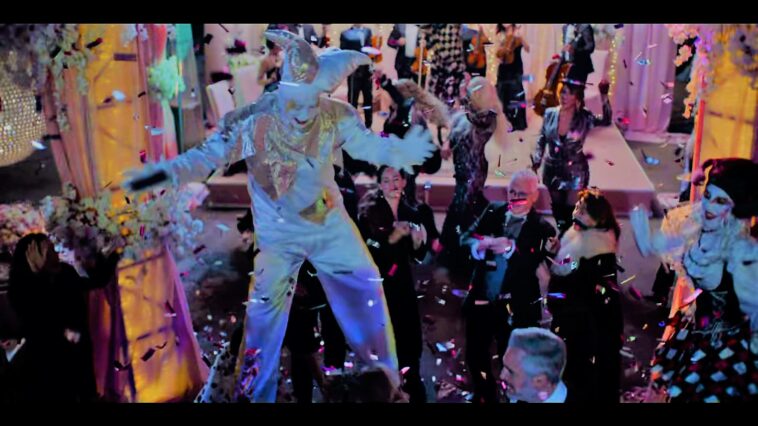 These are notes about La Casa de las Flores movie on Netflix. I will try to explain expressions and facts that only not-so-young people from Mexico might understand.

Timestamps are approximate, I couldn’t find the setting that indicated the exact current time, just the remaining time is indicated.

00:07 Agarra mi celular. In Spain, they would say coge mi móvil. In Mexico coger is often used for having sex, and agarrar is preferred. Grab my cellphone./  ya ya ya. Ya has many meanings, but in this case, it means ¡ya basta! enough! enough!

00:09. abogado is a lawyer, advocate, but abogadazo in this case means awesome, great, super lawyer, -azo or -aza intensifies the noun in this case.

00:10. a qué viene al caso. Why is this relevant? No venir al caso. To be irrelevant. / cuando tú eras chiquita. When you were a little girl. chiquita is the diminutive of chica.

00:12. embrutecido con el teléfono. Bruto in Mexico means stupid. Embrutecido con el teléfono. Stupefied by the cell phone. Like a zombie. Probably viziato in Italian. / igual y la tuya sí es divertida. Talking about a wedding. In Mexico they use igual y, igual y sí. It’s like maybe but more optimistic. It’s like it will almost certainly happen. If somebody tries to convince you to do something and your answer is: igual y sí, you are 90% convinced that you will do it. Probably yes. / un buen partido de futbol means a good soccer game, but in this case, it has a different meaning. Ser un buen partido means to be a good catch to marry. Partidazo,  -azo is an intensifier. A great catch. Partidazo also means a great sports game.

00:13 agendar, reagendar. Schedule and reschedule (like on a personal agenda book). This verb came into Spanish from Portuguese, it wasn’t accepted by the Academia until very recently.

00:14. Paco Stanley was a very popular TV presenter who was executed in 1999, together with other people in his vehicle, while leaving a restaurant after lunch. Paco Stanley had just finished his daily show before going to that restaurant with his coworkers. His show partner, Mario Bezares, whose life was spared because he was using the restroom, was the scapegoat and ended up in prison for some time. Paco Stanley was outside in his vehicle waiting for Mario to finish his restroom business when he was killed. The crime was never solved. https://en.wikipedia.org/wiki/Paco_Stanley

Jacobo Zabludovsky’s live TV broadcast of Paco Stanley’s murder. At that time I worked for the Wall Street Journal and we had many TVs in the newsroom showing this news.

00:18. Puta madre. It’s a very profane, vulgar expression of disapproval used mostly by men. Like Fkuc. It also means frustration and anger. Avoid it, please. In Spain, ser de puta madre has a very different meaning, and it could refer to something awesome/ Pato me lo dijo. Pato told it to me. Pato in Mexico is short for Patricio, Patrick. Pato also means duck.

00:23. follar in Spain is a slang verb for having sex. remember that this character is from Spain. / Ordenador is a computer in Spanish from Spain, it originally came from French. In Mexico we say computadora.

00:26. Una noviecilla.  Novia is girlfriend. Noviecilla is a diminutive that makes it sound like an unimportant relationship. / Me huele mal. Oler to smell, it’s a very irregular verb, huelo, hueles, huele, olemos, oléis, huelen. It means that this situation stinks, that it’s suspicious.

00:27.¡Órale! is an expression from Mexico that means many things: surprise, approval, to hurry someone up, to cheer someone up, or it just means OK or wow!. It comes from ahora, now. Many times people in Mexico shorten it and just say ¡ora!

00:29. Pelo is hair. Pelazo makes it awesome or great in this case.

00:31. Cagar. Vulgar verb. to shit. (like in other Romance languages) If you say me cagas to someone, in Mexico it means I can’t stand you, I hate you. / pinche is an expletive used in Mexico that means damn or fkcng. They don’t use it on regular TV shows, for example.

00:34. the song in the background is Daniela Romo’s “Yo no te pido la Luna“, I’m not asking you for the Moon. Spanish version of the Italian song “Non voglio mica la Luna.”

Daniela is a cancer survivor.

00:36. Ya se le paró. Parase means to stop, but in this case it means to stand up. He is asking if he got an erection. Vulgar, that’s why she says “don’t be gross”  / Corriente means bad manners, uneducated, tacky, low class. Común y corriente means common and ordinary.

00:37. Un pastel de cuatro pisos is a four-tier cake. In Spanish, we say a four-floor cake. / ¿tienes un segundo?  Do you have a second? Un segundito is diminutive and it makes it sound like: do you have a quick second?

00:40 Apúrale in México means hurry up. Another variation could be apúrate. You can also say de prisa or date prisa, which is more standard. This is another le ending word they use in México like órale, ándale, pásale, etc, all commands.

00:43. Que no se entere nadiecitas. I had never heard nadiecitas, but it comes from nadie, nobody.  Enterarse de means to find out. / a lo oscurito is diminutive of oscuro, dark. The diminutive makes it sound like a dark, private, naughty, secret place.

00:46. Chiquis Drácula. His nickname is Chiquis, which comes from chico or chica, little or young, but it sounds like a name more suitable for a woman. She combined Chiquis with Drácula to make it sound like Chiquidrácula, a TV character in Mexico. Chiquidrácula.

00:47. el cierre in Mexico is the zipper. In this case the fly zipper. Abajo means that the zipper is down.

00:48. Asustín is a combination of Asustar, to scare, and Agustín, his name. The LLN Chrome extension translated it as Awfultín, which is also funny.

00:52. Coger, to have sex. Only in Latin America. / Naco. tacky, low class, very similar to corriente when talking about a person.

00:56. No mames is a profane expression, don’t suck, as in oral sex, and its euphemistic version no manches, less profane used on TV, is an expressión of surprise or disapproval. no way!  Grammatically, it’s a negative tú command. Mamar is the infinitive and manchar, to stain, is the verb used in the euphemism.

00:58. Song La Gata Bajo la Lluvia. The (female) cat under the rain. Rocío Dúrcal was its most famous singer.

01:00. Plan Cacas.  Cacas is someone’s nickname in the movie. Caca is one of the many words for shit in Spanish, in French; in Italian, it’s spelled cacca while in Portuguese cocó. / Güey. When I was a kid it was an insult, it was foul language and low class. You couldn’t use that word at home or school. I remember that some people used the word buey, oxen, as a euphemism at that time. Now, it’s used even in telenovelas and even by women. I would translate it as dude. / Pinche vieja loca, fckng crazy old woman. Vieja referring to a lady means old woman, it’s an insult, and it’s sexist. If boys say viejas ,they are talking about girls. Si llegas al último eres vieja. If you arrive last, you are a girl. Mi vieja also means my wife, my old lady, and in this context, it’s not an insult. In Argentina mi vieja means my mother.

01:06. Song ¿Adónde va nuestro amor? This is a song by actress Angélica María, who plays the house owner in this movie. Angélica María was born in New Orleans. Here she is singing with her famous daughter Angélica Vale.

01:13. ¿qué verga está pasando? verga means dick, this word is totally out of place. It’s useless profanity in this dialogue.

01:18. Hijito. Diminutive of hijo, son, for endearment. / me cuesta mucho, it costs me a lot, meaning that it is difficult for me. Very often in Mexico, the expression is me cuesta trabajo, it takes a lot of effort for me to do something.

01:24. There is a final caption saying Al final todo va a estar bien. Y si no está bien es porque no es el final. At the end everything will be all right. And if it isn’t all right, it’s because it’s not the end. Meaning that they are leaving room for another movie.

I think that this movie will make some sense only if you watched at least the first season of La Casa de las Flores on Netflix.

This is how we found out that Juan Gabriel had died suddenly after a concert in California. We were in shock. I remember I was in the dog run with my dog. TMZ knew before anyone.

Juan Gabriel died hours after this massive concert in Inglewood, near Los Angeles. The concert ended by midnight Friday-Saturday and he died Sunday morning.

This is the original Non Voglio Mica la Luna, which means something like I don’t Want the Moon at All, by Fiordaliso. 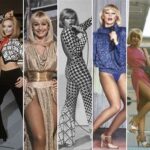 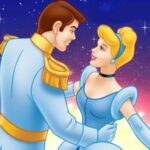